The Hubble Space Telescope is the best optical telescope currently in orbit around Earth. Hubble was also the first scientific project in space that was designed to be serviced and upgraded on a regular basis by astronauts.

Hubble is in orbit right now, making history by sending back around 10 to 15 gigabytes of images and data to astronomers every day. So far, Hubble has examined over 25,000 features in space, including distant galaxies, black holes and nebulas where stars are born. The images sent back from Hubble are beautifully amazing and give us a peek deep into the universe. But even more importantly, each new observation has the potential to support or contradict popular astronomical theories. 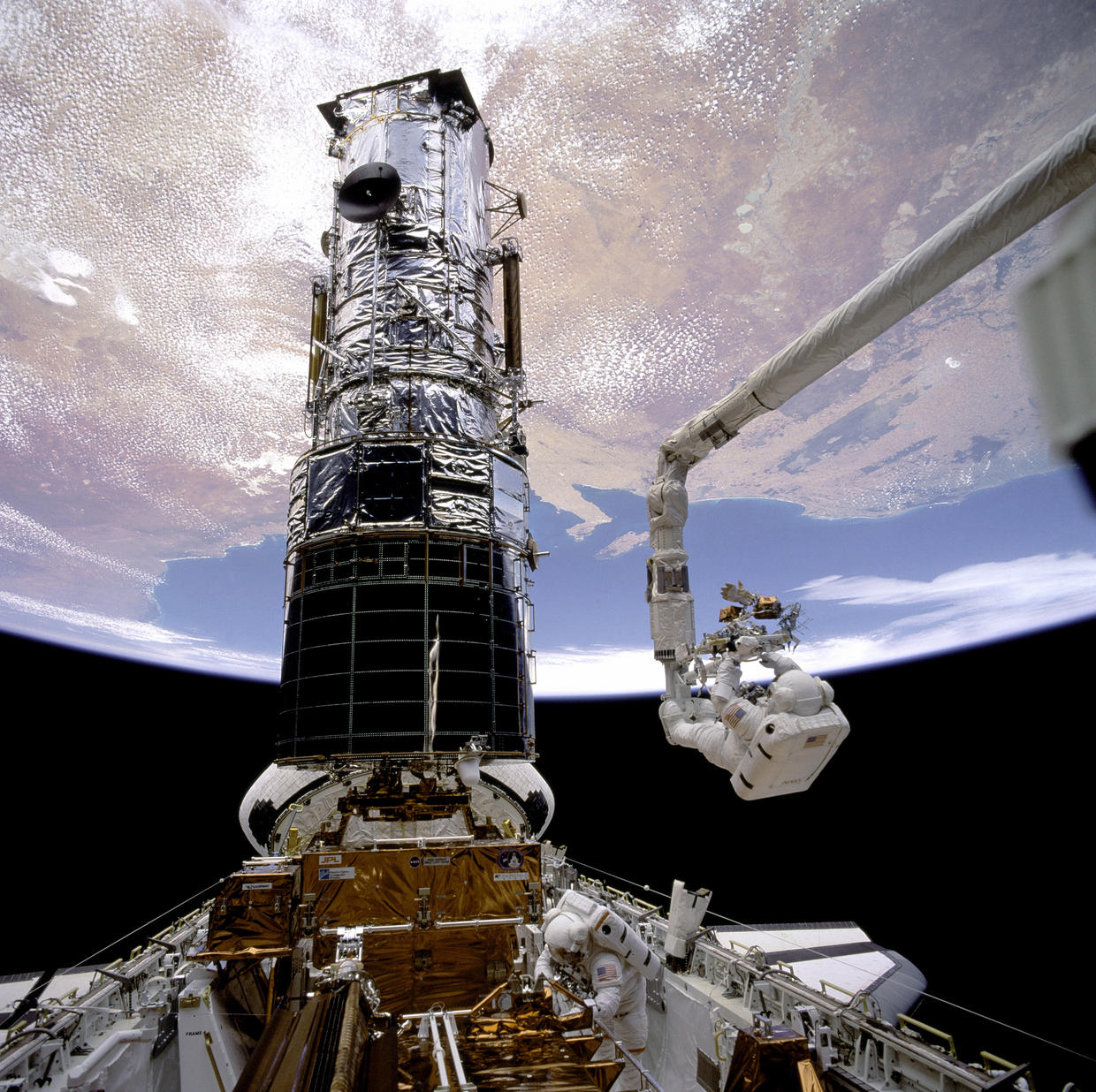 When Hubble was launched, it had a slight defect in one of its mirrors, which meant that the first images sent back from the telescope were blurrier than expected. But since Hubble was designed to be upgraded and serviced by astronauts, the first servicing mission, which took place in 1993 on space shuttle Endeavour, added some corrective lenses as well as a more powerful camera. Then Hubble could send back views of the stars that were better than any ever seen from Earth—primarily because it was outside the Earth's atmosphere, which distorts our view of space. (The atmosphere is what makes stars twinkle.) One of the most amazing areas of research undertaken by Hubble scientists has been the Hubble Ultra Deep Field (HDF) project. Because the HDF project examines objects billions of light years away, the light Hubble captures is from events that happened billions of years ago. So when Hubble captures images from far away into the deep universe, it's also like looking back in time. Studies of the HDF images have uncovered many surprising new discoveries, such as the occurrence of a "stellar baby boom" shortly after the Big Bang which peaked around three billion years later. Most of the stars that exist today were born during this stellar population explosion. The HDF research has also supported the theory that the universe looks the same in all directions.

In addition to the things we have learned from Hubble about the nature of deep space and the history and development of the universe, we have also found out more about our own cosmic neighborhood. Hubble data revealed the existence of oxygen on Europa. Plus, Hubble relayed photos of a volcanic eruption from Io, spotted storms on Neptune, Jupiter and Mars, captured images of Saturn and Jupiter's auroras and even gave a weather report for the Pathfinder landing on Mars. Outside our galaxy, Hubble data confirmed the existence of black holes and sent back data on the phenomena of star death, quasars and more. Images from Hubble have also revealed that flat disks of dust and gases, thought to be possible precursors to planet formation, encircle many developing stars.

The Hubble Space Telescope on display in the gallery is a 1/5 scale model. It was donated to us by Lockheed Corporation.

Time to orbit Earth: about 95 minutes

The Space Telescope Science Institute put together this vast website, which offers glimpses into the science of Hubble, news on recent discoveries, and of course, some spectacular images.

NASA's huge Hubble site features the latest news, images and videos about Hubble's discoveries. The site also includes a Hubble timeline of all past servicing missions and an introduction to the Hubble team.

This subsite of the HubbleSite will take you deep into the universe using images from Hubble along with music and sound.